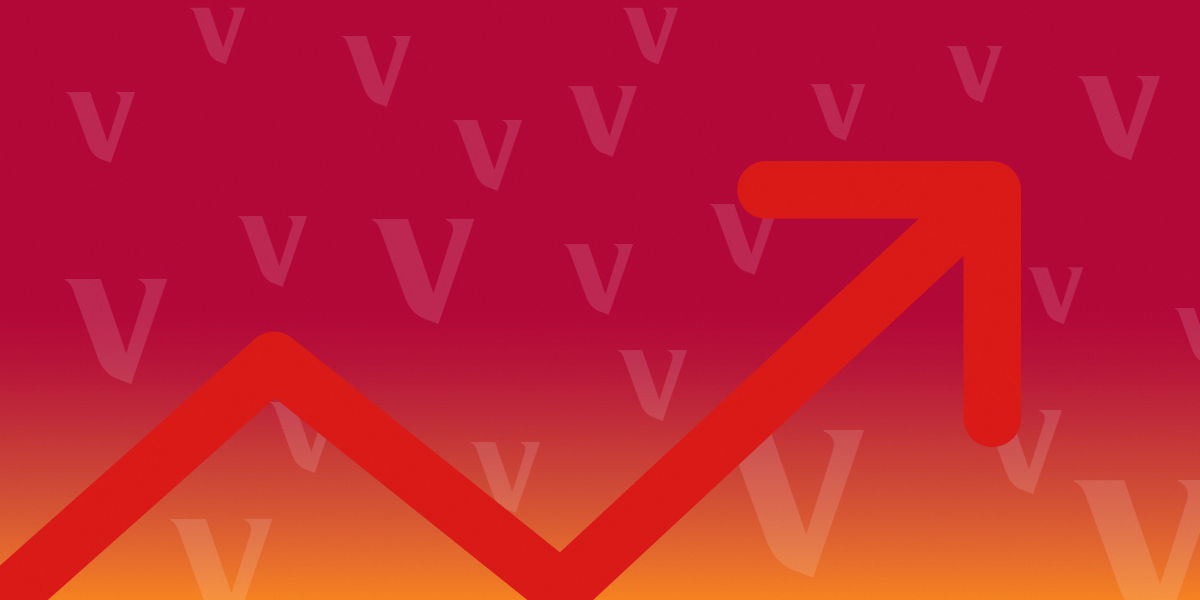 In only a few months, COVID-19 has spread around the world. The extreme measures being taken to protect us, to combat the disease’s spread, should be positive for public health. But such a step necessarily involves a trade-off. In appropriately prioritizing human health, we in essence must shut down large swaths of the economy, closing schools and businesses and limiting human interaction.

Having to do so makes it unfortunately clear that a global recession is at hand. We do, however, believe the potential exists for a quick recovery, and that the long-term outlook for equities has improved.

Given the strict efforts taken first in Asia, and now in many other parts of the world, to contain the virus’ spread, we believe that a global recession likely already is under way. We believe this will be a trying time for individuals and for the economy.

In the United States, we anticipate a profound fall-off in the real economy, with consumer spending likely to decline at the sharpest pace since at least World War II. But we also expect that this could turn out to be among the shortest recessions in U.S. history. Under a scenario of lockdowns and business closures ending sometime in the second quarter, and with aggressive fiscal and monetary policy measures in place, we would foresee a rebound in growth in the third quarter to mark the end of this sharp yet short recession.

In China, the original epicenter of the outbreak and now the bellwether for disease-recovery prospects, the first economic numbers after an annual Lunar New Year data hiatus came in significantly weaker than expected, prompting an acknowledgment from the National Bureau of Statistics that China’s 5.5% growth target for 2020 may be unrealistic. Vanguard believes the data reflect how stringent China’s disease containment efforts have been. As such, we see China headed for a hard landing, albeit short-lived, with GDP growth slowing sharply in 2020.

We believe the euro area is likely already in recession, and that the economy in the United Kingdom will weaken having shown resilience at the start of the year.

A recession could hit especially hard in Canada, where households spend more of their income to pay off debt than in the United States or the United Kingdom, for example, and where the energy sector—a higher-cost producer than its U.S. counterparts—confronts lower oil prices stemming from the Saudi-Russian price war.

Japan already contracted significantly in the 2019 fourth quarter, reflecting diminished household consumption after an increase in the value-added tax. We believe that a second consecutive quarter of economic contraction is all but certain.

We expect Australia to enter its first technical recession since 1991, given the drag from Chinese demand and the impact of disruptions to global economic activity and supply chains.

We believe emerging markets will feel the brunt of the virus’ economic effects. Growth is declining rapidly already in much of emerging Asia; we would expect sharp second-quarter contractions in central Europe, the Middle East, Africa, and Latin America. Central banks throughout the emerging markets are rapidly reducing interest rates to try to spur growth.

The U.S. Federal Reserve on Monday, March 23, said it would buy unlimited amounts of Treasury and mortgage-backed securities, having said a week earlier it would buy “at least $700 billion” of the securities. In its second emergency action in less than two weeks, the Fed on Sunday, March 15, lowered the target for its federal funds rate to near zero. At the same time, the Fed introduced several actions to support the flow of credit to households and businesses.

The European Central Bank (ECB) on Wednesday, March 18, announced a €750 billion (about USD 805 billion) Pandemic Emergency Purchase Programme to buy government and corporate debt through the end of the year. The ECB noted that it would consider revising some self-imposed limits “to the extent necessary to make its action proportionate to the risks that we face.” The ECB currently limits itself to buying no more than a third of a country’s outstanding debt. Less than a week earlier, the ECB had announced a series of policy decisions intended to support the financial system, while leaving the interest rate on its deposit facility unchanged at –0.50%.

The Bank of England (BOE), in a special Monetary Policy Committee meeting on Thursday, March 19, cut its bank rate to 0.1% (having cut it by 50 basis points to 0.25% nine days earlier) and said it would increase its holdings of UK government and corporate bonds by £200 billion (about USD 230 billion). In an additional measure on March 10, the BOE had reduced the amount of capital banks are required to hold, freeing up £190 billion (about USD 220 billion) for business lending.

The Reserve Bank of Australia (RBA) lowered its cash rate to 0.25% on Thursday, March 19, in an emergency action, having lowered it from 0.75% to 0.5% at its regular March meeting. The RBA also committed to purchasing government bonds in the secondary market; established a mechanism to increase lending to small and medium-size businesses; and increased payments to banks with large RBA settlement balances as a result of the new policy moves.

The Bank of Canada reduced its key overnight rate by 100 basis points in two 50-point moves, the latter on March 13, when it also announced other measures to support the economy and the financial sector.

The challenges facing Brexit negotiations became a little greater when the COVID-19 outbreak forced cancellation of a second round of talks. Negotiators from the United Kingdom and the European Union were scheduled to have held the second of a planned ten face-to-face meeting sessions from March 18 to March 20 in London. The U.K. government confirmed in a statement on Tuesday, March 17, that an effort to convene online would not be feasible. The next round of talks, scheduled to begin April 6, appear similarly vulnerable to cancellation. A revised timetable for negotiations is unlikely to be published until the outbreak has stabilized.

The United Kingdom, which ceased being a member of the European Union on January 31, 2020, has publicly ruled out the possibility of its requesting an extension to a transitionary period that expires at the end of the year. Such a request would need to be issued by June 30. Should the UK government remain committed to existing deadlines, the risk of negotiations collapsing without a deal being reached has increased. However, the new realities open the door to the UK government’s potentially reversing its opposition to extending the transitionary period to accommodate further negotiations. With both parties still far apart on details concerning their future trading relationship, including those related to financial market access, Vanguard will be watching closely for signs of whether the EU-UK relationship as we’ve known if for nearly 50 years ends with or without a future trading agreement in place.

Canada ratified the United States-Mexico-Canada Agreement (USMCA) on Friday, March 13, as the United States and Mexico already had done, allowing the replacement for the North American Free Trade Agreement to move toward implementation. The event opens a window through which Vanguard will watch developments in a broader theme of de-globalization that coronavirus-related trade disruptions cast in a new light. Shutdowns of economic activity in China, geopolitical tensions, and trade disputes will likely accelerate the reorganization of global supply chains as manufacturers become more concerned with these risks. They may wonder about the potential vulnerability of their supply chains and the diversification of their suppliers, with an eye toward potentially procuring inputs from a greater number of sources and from closer to home.

Significant market volatility has led to losses across many asset classes in the last month. And while we don’t know where the bottom might be, our 10-year annualized Vanguard Capital Markets Model (VCMM) projections for global equities are starting to rise. The median 10-year outlook for U.S. equities produced by 10,000 VCMM simulations rose from 4.4% on December 31, 2019, to 6.8% on March 12, 2020, owing to reduced valuations amid significant market pullbacks. Fixed income, on the other hand, remains more challenging owing to falling interest rates around the world, and we expect cash rates to remain around current levels for the foreseeable future.

IMPORTANT: The projections or other information generated by the Vanguard Capital Markets Model regarding the likelihood of various investment outcomes are hypothetical in nature, do not reflect actual investment results, and are not guarantees of future results. Distribution of return outcomes from the VCMM are derived from 10,000 simulations for each modeled asset class. Simulations are as of December 31, 2019 and March 12, 2020. Results from the model may vary with each use and over time.

For institutional or accredited investor use only. Not for public distribution.

All investing is subject to risk, including possible loss of the money you invest.

Investments in bonds are subject to interest rate, credit, and inflation risk.

IMPORTANT: The projections and other information generated by the Vanguard Capital Markets Model regarding the likelihood of various investment outcomes are hypothetical in nature, do not reflect actual investment results, and are not guarantees of future results. VCMM results will vary with each use and over time

The VCMM projections are based on a statistical analysis of historical data. Future returns may behave differently from the historical patterns captured in the VCMM. More important, the VCMM may be underestimating extreme negative scenarios unobserved in the historical period on which the model estimation is based.

The Vanguard Capital Markets Model® is a proprietary financial simulation tool developed and maintained by Vanguard’s primary investment research and advice teams. The model forecasts distributions of future returns for a wide array of broad asset classes. Those asset classes include U.S. and international equity markets, several maturities of the U.S.Treasury and corporate fixed income markets, international fixed income markets, U.S. money markets, commodities, and certain alternative investment strategies. The theoretical and empirical foundation for the Vanguard Capital Markets Model is that the returns of various asset classes reflect the compensation investors require for bearing different types of systematic risk (beta). At the core of the model are estimates of the dynamic statistical relationship between risk factors and asset returns, obtained from statistical analysis based on available monthly financial and economic data from as early as 1960. Using a system of estimated equations, the model then applies a Monte Carlo simulation method to project the estimated interrelationships among risk factors and asset classes as well as uncertainty and randomness over time. The model generates a large set of simulated outcomes for each asset class over several time horizons. Forecasts are obtained by computing measures of central tendency in these simulations. Results produced by the tool will vary with each use and over time.